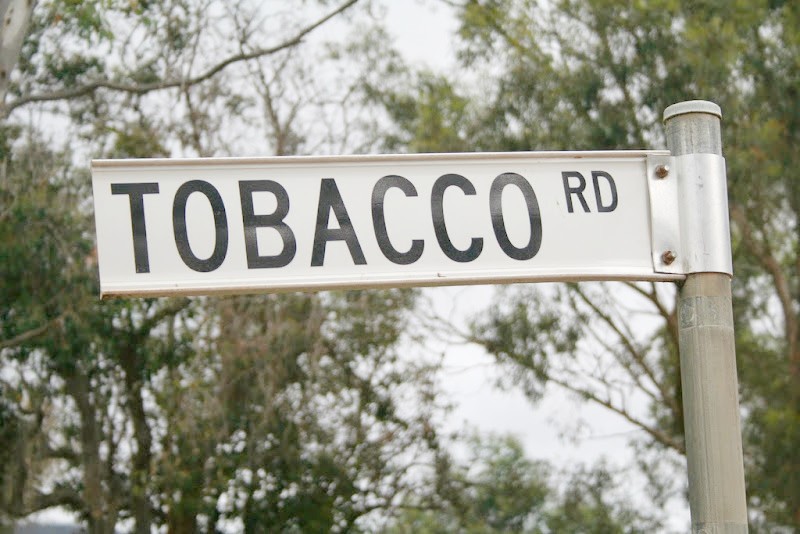 Exploring the origins of “Tobacco Road” – a phrase often used during March Madness.

It’s that time of year when basketball takes over our televisions, social gathering, and sports conversations. If there’s one thing North Carolinians are passionate about, it’s our favorite ACC basketball teams. Whether you’re a fan of Duke, NC State, or Carolina, we all choose our sides and cheer mightily during the tournaments. When hearing about “March Madness,” do you know where and what Tobacco Road is? Although there is a road in Pitt County known as “Tobacco Road” it’s not the one sports announcers in the ACC are referring to this time of year. Originally Tobacco Road was the title of an Erskine Caldwell novel set in Georgia. However, North Carolina was the center of the tobacco industry, and the name soon became associated with the rivalries between colleges and universities in North Carolina’s Piedmont region.

The best definition I’ve found was written by Al Featherston in an article entitled “What Is Tobacco Road?” and released 02/11/2009. “The term actually refers to the remarkably compact region of North Carolina’s populous Piedmont where college basketball was born in the South and grew to mythic proportions. Four schools, originally all located within a 30-mile radius, nurtured the sport in the early days of the 20th century. Their rivalries were a regional phenomenon at first, but in trying to outdo each other, the four neighboring schools drove each other to greater and greater heights and turned the term Tobacco Road into shorthand for the nation’s college basketball heartland,” according to Featherston. For readers new to the state, those four universities – NC State, UNC, Duke and Wake Forest– were all located in the Triangle at one time. In 1956 Wake Forest, the smallest of the schools, relocated to Winston-Salem when the Smith Reynolds Foundation (think R.J. Reynolds tobacco fortune) made a large endowment to the school with the stipulation that Wake Forest move to Winston-Salem.

Mr. Featherston continues, “And there are more residents along Tobacco Road than merely the Big Four superpowers. Guilford College, Winston-Salem State University, North Carolina Central University, Barton College and Gardner-Webb have all won national championships in their divisions. Hall of Fame coach John McClendon got his start on Tobacco Road, while Hall of Famer Clarence ‘Big House’ Gaines won more than 800 games on The Road. Future NBA giants Red Auerbach, Hubie Brown, Chuck Daly and Larry Brown all worked there. So did such NBA stars as Sam Jones, Artis Gilmore and Earl ‘The Pearl’ Monroe. Globetrotter’s headliner Meadowlark Lemon grew up on Tobacco Road. The region nurtured such successful and familiar broadcasters as Bones McKinney and Billy Packer before the recent additions of Hubert Davis, Jason Williams and Jay Bilas. All belong to Tobacco Road.”

To learn more Mr. Featherston’s complete article is a fascinating look into the history and culture of Tobacco Road.