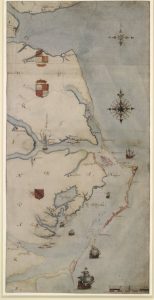 Do you recall your first encounter with a globe? Were you fascinated to have the world at your fingertips? Did you wonder how globes were made? How the countries were drawn to replicate a flat map on a round surface?

Globes have always fascinated me. Thinking about planet Earth spinning on its axis and being able to replicate that motion with the spin of the globe gave me a huge sense of power. I still have the globe from my childhood we used to trace the routes of my father’s travels. It has some names unfamiliar to many today, such a Ceylon (present day Sri Lanka), Indochina (Vietnam, Laos, Cambodia, Thailand, Myanmar, and the mainland territory of Malaysia), and Yugoslavia (Croatia, Slovenia, Macedonia, Bosnia, Herzegovina, Montenegro, Serbia, Kosovo). With the capability to see anywhere in the world, in real time, globes may seem antiquated.  That’s why the Conde Nast Traveler article by Meredith Carey entitled “How Globemakers Stay Relevant in 2018” captured my attention. It is a fascinating story about Bellerby & Co., a custom globe-making shop in London.

For company founder Peter Bellerby, it all began in 2008 when he was unable to find a globe he really liked for his father’s birthday. Consequently, Mr. Bellerby made a globe for his father’s gift. Today, with a staff of 15, Bellerby & Co. produces hand crafted, made to order globes for customers. Jade Fenster, the company’s social media manager, is quoted in the article as saying, “It’s a nice escape to think about a job where you’re not on a computer all day and are working with your hands. It reminds people of far off places and distant lands.” And that’s what I think of when I look at a globe, whether it’s my childhood globe, the small, hand painted globe purchased in a charming little shop in Salzburg, Austria many years ago, or the huge globe that graces Jones Street (Raleigh) at the North Carolina Museum of Natural Sciences. Globes transport me to faraway places.

I was struck that this unique business in London continues a long tradition and fascination with world exploration and recognized a tie to those who drew the first maps of North Carolina during our colonial era. The accuracy of the earliest North Carolina maps is truly amazing. John White, a friend of Sir Walter Raleigh, who arrived with the first group of English settlers on Roanoke Island, mapped our coastline with incredible precision. John Lawson, another Englishman, again provided details on his 1709 map of North Carolina that seem impossible without the wherewithal of modern technology. Scott Huler wrote a terrific article about North Carolina maps that appeared in the April, 2014 edition of Our State Magazine. To learn even more, the University of North Carolina’s Wilson Library has an amazing collection of maps available to the public with a click of one’s computer mouse.

A globe is defined by Webster’s as “a spherical representation of the earth.” Yes, and so much more. A globe represents yearnings and adventure. A globe tells stories. For a brief moment, holding it in one’s hand, a globe unifies and simplifies. And yet, because it is a circle, a sphere, it is endless, as are the adventures, the stories, the yearnings to travel, to continue to explore planet Earth.

Come with us to explore North Carolina in 2018 – from the Mountains to the Coast and places in between.